10 reasons for Digital Nomads to go to Bali 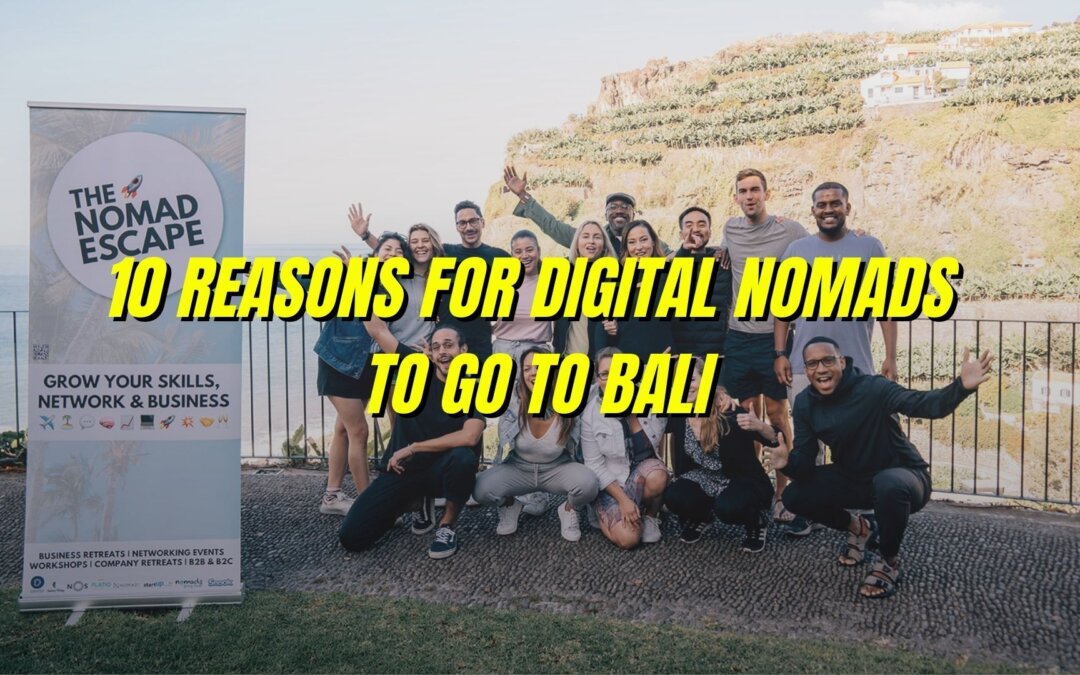 Bali is one of the most popular destinations for digital nomads in Southeast Asia. It has long been a popular tourist destination, but in recent years it has become known as an ideal place for digital nomads to live and work. The island is home to a thriving community of entrepreneurs and remote workers from around the world, who enjoy its stunning beaches, friendly locals, and low cost of living. There are plenty of coworking spaces where you can meet other nomads—and even some dedicated retreats that cater specifically to digital nomad communities (such as Bossa Surf Camps). Here are 10 reasons why Bali might just be perfect for you:

One of the most popular coworking spaces in Bali is The Hive, which offers membership options for just $12 a day for a 24 hour access pass. The Hive also has an array of amenities to make your time working there as comfortable as possible, including free coffee and tea all day long, a kitchen where you can cook your own food (or buy snacks), fast internet and laptop repair services.

If you’re looking for something with less of an active community vibe but still want access to people who can help with projects or advice on how to make it in Bali as a digital nomad, then check out Hubud. They offer hot desk options where you pay per month instead of per hour – so this might be better if you’re only planning on being here for short periods at a time.

A community of like-minded entrepreneurs is important to help you grow your business. It can be a source of inspiration and motivation, as well as a source of advice on how to avoid pitfalls and make smart decisions. You can learn from each other’s experiences and mistakes, while encouraging one another to stick with it when things get tough.

A supportive entrepreneurial community will also encourage you to keep going even if you’re experiencing a setback or need some time off. It’s easy for digital nomads who are isolated from friends and family back home to feel lonely or down on themselves when things aren’t going their way; but having this kind of support network around them gives them the confidence they need to carry on in their journey towards success. Bali is a land of exceptional natural beauty. The island is surrounded by coral reefs and has an exquisite shoreline. It’s also home to many rare species of flora and fauna, including the Bali starling (a bird with black feathers), the monkey-eating eagle (the largest eagle in Asia) and over 1,000 different types of orchids!

Bali contains many mountains, waterfalls, lakes and rivers which provide ideal locations for hiking. There are also beautiful beaches on this island so you can enjoy sun bathing or swimming whenever you want to.

It’s possible to stay in Bali for 30 days without a visa, but you will need to pay a fee of $35 per month for your stay. If you want to extend your visa, there is an option called “Visa on Arrival.” This means that when you get off the plane at Denpasar Airport, Bali’s international airport, there will be an immigration officer waiting for you who can issue you with a two-week tourist visa on the spot. There are no questions asked and no paperwork required; all they ask is that you have money in cash (around 800 Rupiah or 100 Hong Kong dollars) before they grant the visa. Bali is one of the cheapest places to live in the world.

With a lower cost of living than most other places in Asia, Bali can be an attractive option for digital nomads who are looking for cheap housing, food, and transportation.

You will be surprised that Bali’s weather is not too hot or too cold. The temperature ranges between 22°C and 32°C (72°F – 90°F). The rainy season begins in November and ends in March, with an average of 300 mm of rain per month. During the rainy season, you should watch out for heavy rains during the mornings and evenings, but do not worry if it rains while you are out because this is normal!

The humidity level in Bali is relatively low compared to other Asian countries. You won’t have to worry about sweating all day long because there are plenty of places where you can escape from the heat by going inside or under an umbrella!

Bossa Surf Camps are located in Canggu and Kuta, two of Bali’s most popular areas for digital nomads. Each camp is a co-living community with a focus on surf and yoga.

Bossa Surf Camps have dedicated teams of staff who take care of all the details to make your stay as enjoyable as possible. Eat in or take out

Bali has a variety of restaurants that you can eat in or take out.

Vegan and vegetarian food options, even in rural areas.

In Bali, you will find vegan and vegetarian food options everywhere. Even in rural areas, you can find amazing vegan and vegetarian dishes. The island is very diverse with many different religious backgrounds, so there are a lot of interesting choices available to you. In fact, Bali was recently listed as one of the best destinations for vegans by Happy Cow!

You can also get really delicious food from street vendors who are willing to make anything on request — even if it’s not on their menu!

The Balinese people are incredibly warm and welcoming.

We love that the Balinese people are incredibly warm and welcoming. They will invite you to eat with them, stay at their house or go to their temple whenever they can. You’ll feel like an old friend in no time!

Bali is the perfect place for digital nomads to come and work. The combination of beautiful beaches, delicious food, warm people and co-working spaces makes it a great place to live and work. Join us at Level up club business retreat in Bali, Indonesia for seven days of work, play, and learning. Do you want to join a life changing experience and take your business, network, and skills to the next level?

Discover more on our upcoming retreats, click on the link below to discover how to get the last deals! 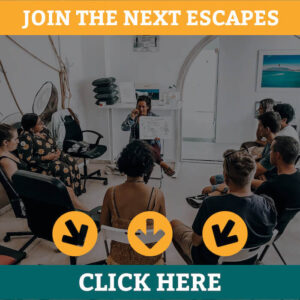